Conclusion: The only mistake I made this round was not to put half a unit on Lyon against Saint-Etienne. As you can see on the list the offered odds actually weren’t nowhere close to “wanted odds”, but I was that sure that Lyon will take advantage of current situation of ASSE and destroy their biggest rival, but even though they could have easily destroyed them, they simply started “off” and when they finally woke up, they conceded first and then turned the match in their favour in the second half. If followed my normal way of work, we’d have only two bets this round one voided and one won, but I am not disappointed by involving Lyon to be honest. As you can see I was interested for Rennes and Lille as well, but odds dropped too much and I decided to skip them. 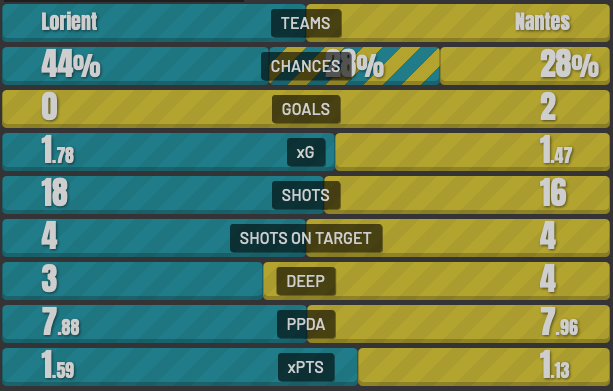 As you can see on the picture above, in this pretty equal match it was actually Lorient who created a bit more chances but it was finally Nantes, the one that was more clinical. As said in the analysis, Nantes isn’t the team that would struggle creating chances, but they simply had a hard time with realisation in the box. Even though they started extremely slowly, and it was their goalkeeper who kept them “in the game” in the first half, and in the 2nd they slowly started stepping up and turned the match in their favour. Even though statistically, it seems like Lorient was the one who deserved more in this match, my pick was on asian handicap 0 (stake back in case of the draw), and I said that giving the situation where Nantes were almost in a must win situation (their coach especially), I gave them more chances of winning than the odds were showing and that’s why I took the asian handicap on them. 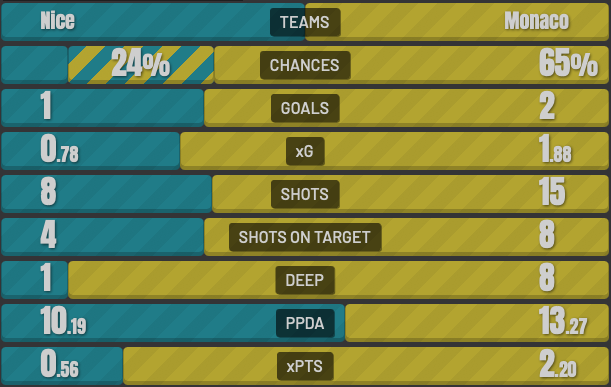 It seems like the both teams to score and the over was the call here, but while watching the match, I honestly didn’t have a feeling that Nice will be anywhere near scoring against Monaco. The goal they scored came after some “suspicious” situation in the box, where VAR checked the situation and decided that everything was correct so the goal was given for Lees-Melou. Monaco started this match on fire, hitting the post and the crossbar early in the match, but Benitez, the goalkeeper of Nice was holding the result at 0-0. On the other side as mentioned, nothing exceptional was happening in front of Mannone’s goal. 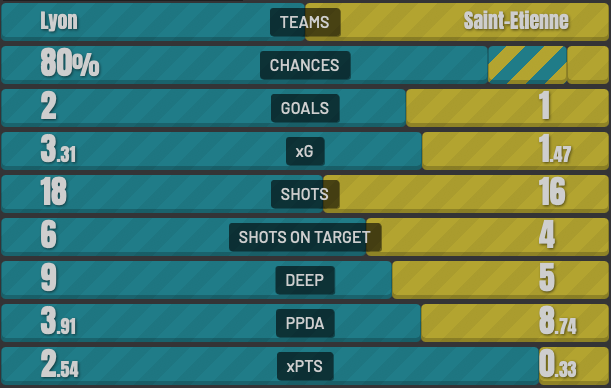 Firstly, I wanted -1, odds were too low, so I was aiming for 1,5 but odds didn’t satisfy my needs either. Therefore, I decided to take 2,64 with asian line -2 (voided in case of exactly 2 goals difference). Lyon started the match horribly. I don’t know what happened in the locker room, but they stepped on the pitch like if it’s already 3-0 for them. It was actually Saint-Etienne, who performed better at the beginning of the match. After 30 minutes of the match, Lyon slowly started waking up, they created some half-chances, but that was the moment when Saint-Etienne scored one of the luckiest goals this round and it was 0-1. The 2nd half started completely different, as Lyon started playing as they are supposed to and the xG at 3,31 is almost only due to everything what happened in the second half where they as in this entire season missed from some impossible situations.