Conclusion: You can see that I avoided 3 more picks I was leaning to as odds simply weren’t high enough, and it would be actually two more “winners”. Anyways, PSG weren’t that much better and they were lucky to get the match with more than a goal difference. Marseille won relatively easily, but it is the truth that Nimes hit the crossbar from the set-piece, and the match could be completely different if that went in. All in all, it’s been a superb weekend, but as mentioned below, the only regret is that I didn’t stake 2 units on the favourite bet this round, which was definitely Angers.

As you can see on the picture, it was all about Angers. They also missed one 100% chance already in the first half, to make it 2-0 as Bahoken came in the clear position where he decided to finish by himself, regardless of having Fulgini in front of the open goal only few meters next to him. Still, Lorient barely prepared some half-chances, and even though they had 12 shots, I think it was only once that Bernardoni really needed to stretch himself out. The only regret here is that I didn’t put 2 units on the pick as it was really by far my favourite pick of the round. 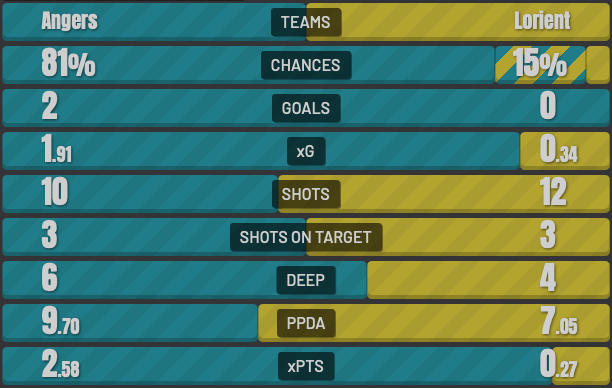 As written in the analysis, the game plan against Strasbourg is usually pretty clear and everybody knows it, but to fight for 2nd balls, you need to have your group under control and this match was probably the last one, where we were able to see that Gourcuff simply doesn’t have players on his side, or let’s say it with different words – he let them too much freedom, and that’s not the way you will get results from several still young talents. Seeing the lineup of Strasbourg it was obvious they didn’t come to defend, but after first 5 minutes, everything was clear. The home side wasn’t prepared to fight in this match, while Strasbourg came in the match completely focused and with one and only goal – secure important three points, regarding the position they were in. I believe that was the last match of Gourcuff as the coach of Nantes, and it will be interesting how will the new manager take over the situation in the locker room. 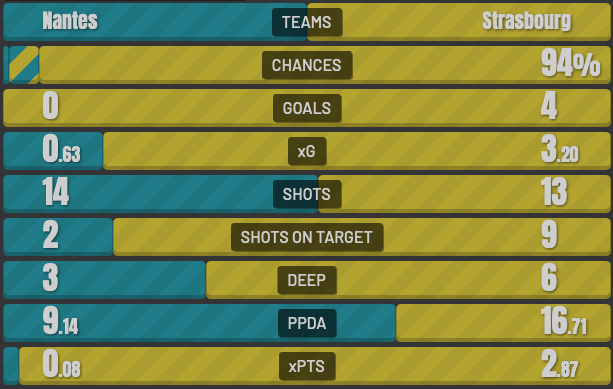 The match could started horribly for the pick asian handicap -1, but Anthony Lopes saved the penalty kick and fortunately, that was enough for Les Gones to wake up and from that moment on, it was all about them. They were simply much better side and they could have scored more. I have to stress out the performance of Paqueta who found plenty of brilliant ideas in transition, sending balls to Toko-Ekambi, Kadewere or Depay, and Lyon missed several occasions where they went 3on2 or even 4on2. Anyways, we got what we wanted, but the fact is that the final result could be only higher. 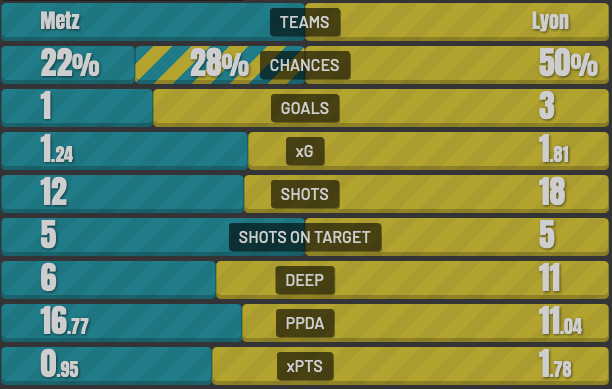