Conclusion: First time since the beginning of the 2020/21 campaign, we hit the 100% weekend. Moreover, I have to say that I am extremely satisfied as I kept the promise I made to myself before the season started – not to take picks, if there is no value, regardless of how sure you are you are picking the winner. This round, we stayed away from some obvious picks, as there was simply no value in offered odds by bookmakers. I have to admit that when checking matches early on Monday, I was sure to have at least 5 if not 6 matches this weekend, but on the list of “leanings” you can see how it ended. We avoided Rennes to win, Montpellier to win and team totals over 1,5, over 2,5 goals and both teams to score in Brest-Monaco. My pick: PSG team totals over 3 goals at 2,03 Pinnacle 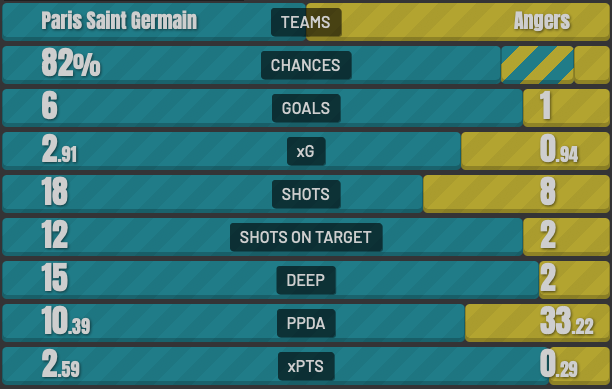 Comparing this match to the one against Reims, we can see that not just statistically, but realistically as well, PSG had more clean chances against Reims. I said it in the analysis that you can feel that they are heating up and regardless of the suspension of Di Maria, this team is simply too good to have problems with Angers – even more now, without Santamaria in the midfield, as he was key in dozens of similar matches where Angers surprised last season. Once again, I was right to attack this pick early in the week, as lines jumped to 3,5 with exactly same odds on the day of the match. 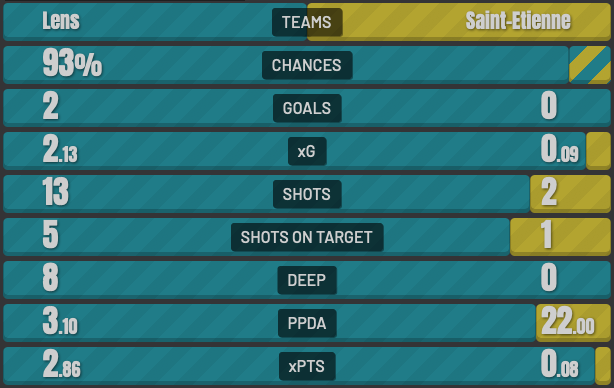 Lens, Lens, Lens. Once again, I have to say I was impressed with their performance, even though we weren’t that far from losing this bet as unfortunately they stayed without Ganago in 15th min (injured after Kolodziejdzak’s red card and penalty), and Kakuta in 71st minute – so two key players of this team. Luckily Saint-Etienne got two red cards where I have to complain about the referee’s decision again, as we see plenty of starts like Khazri did, sometimes even without a yellow card.  This time decision went in favour of our pick, but anyways, in my opinion that wasn’t enough for a direct red card. At the end, Lens had more than enough chances to score the second goal. Sotoca missed one 300% chance as you can see on highlights, but later on it was the same player who got us the second goal. On the other hand, we’ve watched another weak performance of Saint-Etienne and as said three rounds ago, this team has nothing to do with the top 6 at the moment. And I strongly believe it will stay like this until the end of the season. 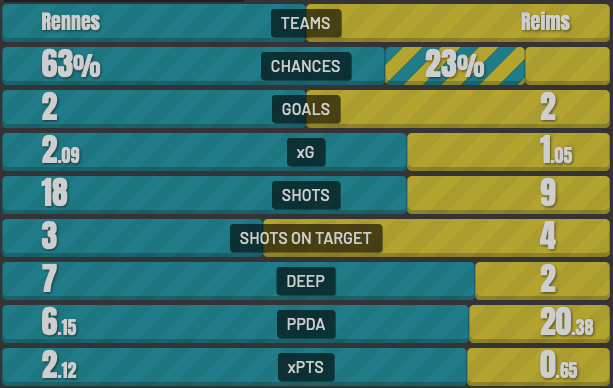 That was one of those where we avoided a punch. Let’s be clear, Rennes deserved to win the match. They were better team, they were controlling the match, but Reims as written in analysis picked a slightly different approach at the beginning of the match, and that brought them a leading goal on this match. The truth is the result could already be 1-0 for Rennes, as Raphinha’s bicycle kick went few centimetres away from the left post, but anyways. The goal of Reims was an alarm for the side of Stephan and they responded very concretely. Raphinha and Guirassy combined a beautiful action for 1-1, and then captain Da Silva scored after the corner kick. Later on they had enough chances to close the match with the third goal, but it was actually Dia who surprised and scored for 2-2. N’Zonzi hit the post later on, they had some more half-chances, but the ball simply didn’t pass the goal line of Reims who were definitely satisfied with the outcome of this match.