Conclusion: Definitely one of the toughest rounds when it comes to finding value for different reasons. As I wrote in the e-mail to subscribers, one of my favorite picks for this round was both teams to score and possibly even over on the match between Lens and Nantes, but the match was postponed due to several COVID-19 cases in Lens. As you can see in the photo below, I was aiming for wins of Rennes and Montpellier as well, but the odds where I’d find those picks valuable were far far away from offered odds by bookmakers. Actually that far from them, that if I’d look from the other perspective, I’d actually have to consider going against those two teams. Montpellier received an early red card, while Angers performed very well against “tired” Rennes. 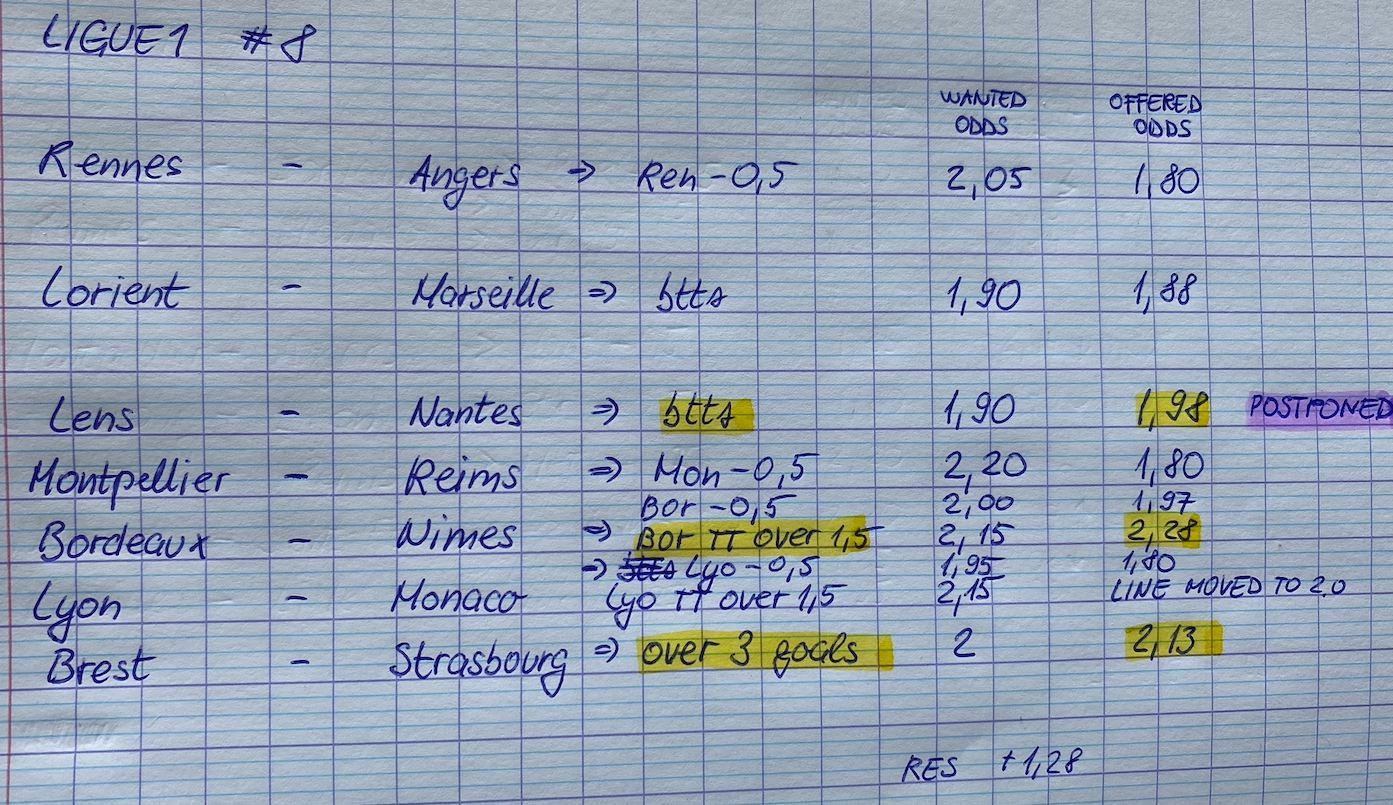 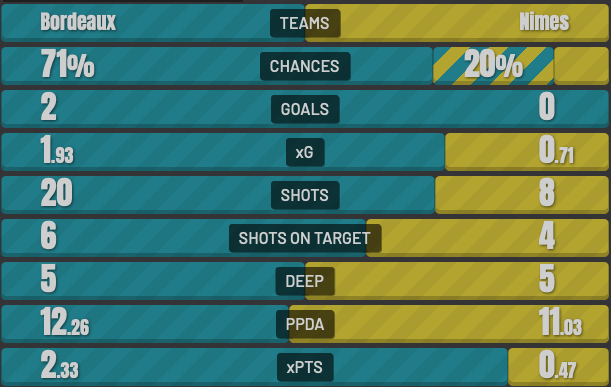 Bordeaux were simply a much better side, and even though I skipped the straight home win – with pretty much equivalent offered odds to those I wanted to see, I think the team totals at 2,28, especially given the fact home side were without their captain Koscielny, was the right choice here. Bordeaux had two very solid chances in the first half, but Costill had one decent clearance as well. In second, it was just a question of time – when Bordeaux will score first. Somehow they couldn’t find the way behind the back of the very solid goalkeeper of Nimes – Reynet, but the individual skill of Ben Arfa who pushed, dribbled in the box of Nimes got Girondins the penalty kick and the first goal in the match. Right after, Nimes tried to play much more offensive, as they were obviously happy with the point before… Bordeaux took advantage of counters and scored from one of them. 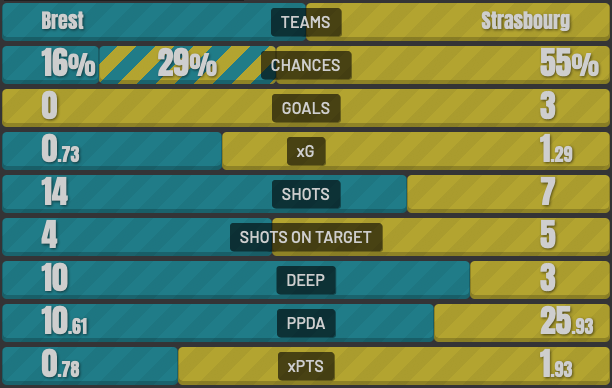 Have to admit that I was a bit lucky here, as I picked over only because both to score, and neither the btts & over 2,5 simply weren’t juicy enough. I wrote in the analysis that Strasbourg will push high on the pitch with their wingbacks Caci and Lala, and the first two goals arrived exactly in this way. Firstly, Caci assisted Diallo (another individual, I stressed out in the analysis), while the penalty for Strasbourg came after the cross of Lala for Ajorque, whose header was blocked by Faussurier’s hand and the referee pointed on the penalty spot, after the VAR review. I know my main intention here was to search for goals from both sides, but I’d take both teams to score once again here if odds were above 1,8. The goalkeeper of Strasbourg Kamara had a brilliant day with 4 really really good saves, but at the same time, the forwards of Brest weren’t at their best either, as they had much more ball possession (63%), more shots (14-7), much more passes, they were somehow “in control” of the ball, but far from controlling the match.