Short preview: As I expected to see the quality difference yesterday between Sampdoria and Genova, it should be an even bigger difference on the pitch tonight between Atalanta and Empoli. When the home side is fighting for European spots – currently 3 points behind Champions League, the away side is fighting to avoid the relegation. Inter and Chievo succeeded to steal points from Atalanta lately, but Bologna, Sampdoria, and Parma were all defeated pretty easily. Empoli shouldn’t be a tough opponent, especially as they have the weakest defense away and they are coming to one of best, if not the best attack in the league. They will also miss some important players like Silvestre, Acquah, Pajac, Lagumina,… All in all, I expect that Atalanta will make the difference as soon as possible in this match and in the second half simply calmly finish the game without any pressure. With individuals they possess, the board can expect huge problems during the summer transfer window as especially Zapata, Gomez, and Iličić are playing enormously good. There are 24 points of difference between these two, and once again – as the first side is fighting for the CL spot, second is currently 18th and fighting to avoid the relegation. Of course, both sides will be very eager to get points in this match, but wings of Atalanta are simply too strong at the moment, and I think that the poor side of Empoli won’t be able to hold it down. Zapata is coming back in the lineup after suspension, so the offensive force of Atalanta should be once again in best possible shape. 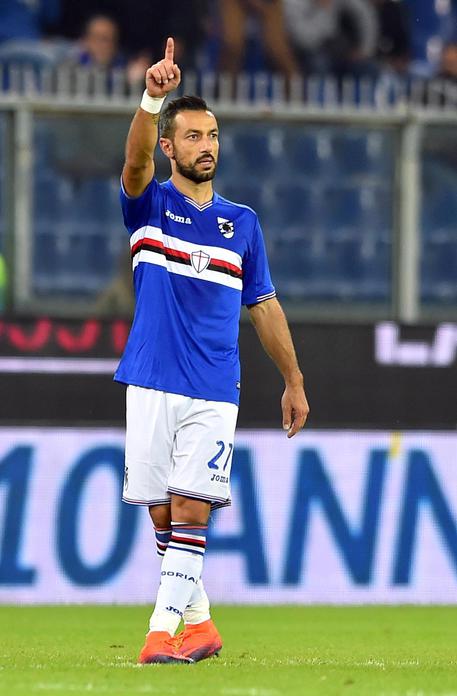 Short preview: Even though Sampdoria is in a pretty bad form lately, having 2 defeats in a row, we have to mention that they played against Torino which is very good at home and Roma, which is fighting for a European spot for the next year. With 45 points, it looks that Sampdoria is slowly losing the connection with places for Europe, even though they are still only 4 points behind Lazio and Torino, Atalanta currently the 6th placed team of Serie A is 7 points in front. If they lose points against Genoa today, then I think we can somehow say that the European fight for Sampdoria will be over. Today’s opponent is with 34 points only 6 points above the relegation zone, therefore every point will count for them. They succeeded to steal a point from Napoli in last round, but at the same time lost with teams like Udinese and Parma in last matches. Funny thing is, that they won only 4 points in the last 5 matches, and they won it against Napoli and Juventus. In any case, there is a reason that Sampdoria is 11 points in front of them and I expect the side to get the job done today.