Preview: After winning only one point in three rounds after the break, 14th Betis will host the last-placed Espanyol who started this post-break period with the win over Alaves and a draw against Getafe away, but disappointed in the last match at home against Levante (lost 1-3). The official referee will be Juan Martinez Munuera.

Real Betis continues with the miserable form and for that reason, Betis sacked the manager Rubi, but their president Haro addressed problems not just to the coach, but to the whole board including himself, saying that they have made plenty of mistakes in this year, where they were aiming for European spots. They invested a huge amount of money in some well-known players – they have 8 national players and at the moment, their transfer market value is 238,30M €. The new manager, or let’s say “caretaker” Trujillo knows the club pretty well as he worked in the same position in the season 2016/17. He was in charge for the last two matches of the season, and he drew both matches – Atletico Madrid (1-1), Sporting Gijon (2-2). Anyways, the truth is he will have a way more “massive” squad available. There are some players doubtful, some linked to other clubs, but in any case at least by names, his XI will look pretty decent.

I’ve been already talking about Abelardo’s Espanyol. As mentioned above, they started this post-break period pretty solid but couldn’t hold the unbeaten run against Levante last round. They still had more than enough chances, but they simply conceded cheap goals and stayed without any points. Abelardo will have to cope with the fact that he can not count defenders Espinosa and Cabrera who are suspended. Probably even a bigger problem is the current state of Raul de Tomas, who has problems with the knee injury.

All in all, if nothing changed before this match, so with the old situation at Betis, Raul de Tomas available for Abelardo, I was leaning to Espanyol +0,5, but with all the problems for Abelardo, the new coach factor, the fact that this Betis side still sounds amazing on the paper – there is 100M € difference in the squad worth between those two sides. That wouldn’t be such a huge surprise if we are talking for example about two top top clubs and one simply possesses a player that has enormous value, but we are talking about two “mid-table” teams, which entered this season with completely different goals. Now, I am leaning more and more to the home win, and at 2,20 I think there is some value. Still, my suggestion will be on the goals market so …

Preview: Real Sociedad will host Celta Vigo on Anoeta tonight at 19:30. The official referee will be Prieto Iglesias, who is known as one of referee’s that likes to show a high number of cards. His average is 4,78 yellow cards per match. Real Sociedad is still among those places hoping for the European spot next season, while Celta is actually on the other side of the table with only 4 points more than 18th placed Mallorca. 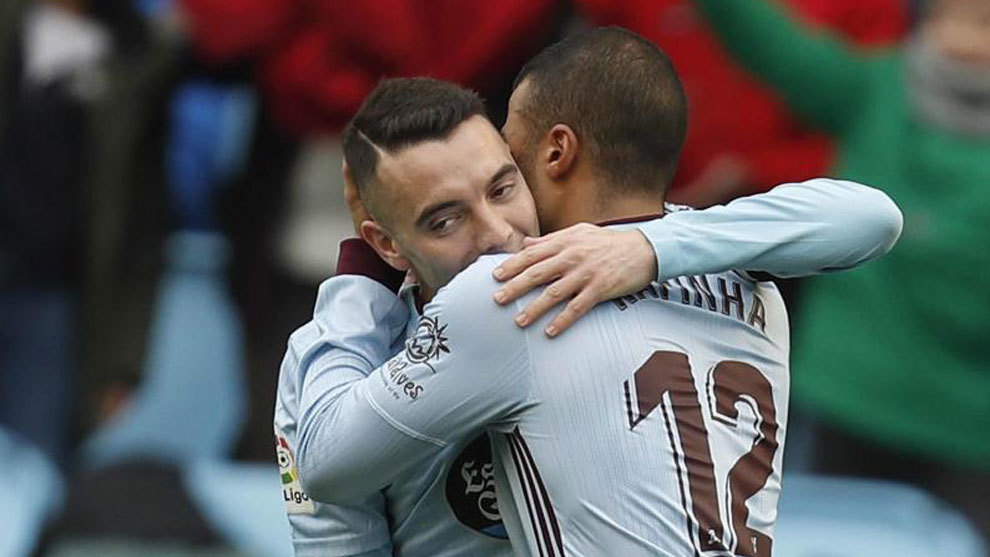 Real Sociedad found themselves in a very interesting position after the break, as they were holding the 4th position that was still leading into Champions League next season. As it was expected, Atletico Madrid charged their batteries well and stepped up and jumped on the third spot so now Sevilla is 4th, with 53 points. Sociedad lost their position with two defeats – first against Alaves and lastly against Real Madrid, but we have to admit that they didn’t play bad against Real Madrid and that there was plenty of “suspicious” situations in this match (disallowed goal for Sociedad, the penalty for Real Madrid, etc). Well, the match is over and now they will host another team fighting for relegation after Alaves, but they have to perform way better if they don’t want to be surprised once again. A huge blow for the home side is definitely the fact that they can not count on suspended Illaramendi.

Celta demolished Deportivo Alaves in the last round with a huge 6-0 win and are at 30 points at the moment. They had problems offensively as they didn’t score on 4 matches in a row, but with 6 goals in the last round, I believe the mindset, especially of those offensive players will be completely different. Ex. Barcelona players Rafinha and Denis Suarez played a very decent match and I expect both to be in the lineup once again. When you add Iago Aspas, Mina, Nolito, you question yourself what is this team doing down there on the table.

However, I look at this team of Celta, I can not miss the potential they have offensively. Even though they couldn’t find the formula for how to make this attack working, I expect that after scoring 6 goals things will change and that they will start playing a bit more “stressless” in the attack. Real Sociedad conceded 38 goals so far, which isn’t too much but without Illaramendi, they will miss one important player in especially defensive operations, so I think there will be plenty of rooms for Celta between the lines. I was leaning to Celta +0,5 here as well, but as they are easily capable of playing “super cold – super hot” variation in this match, I rather suggest both teams to score.

Preview: Estadio Camilo Cano in La Nucia will host the match between the home side – Levante and Atletico Madrid. Levante is currently in the 11th position and will most likely finish in mid-table position this season, which will definitely satisfy their leaderboard and their fans. Atletico Madrid on the other side is in a different situation as they are fighting for the spot that leads to Champions League. The official referee will be Jose Munuera who likes to show a high number of cards. 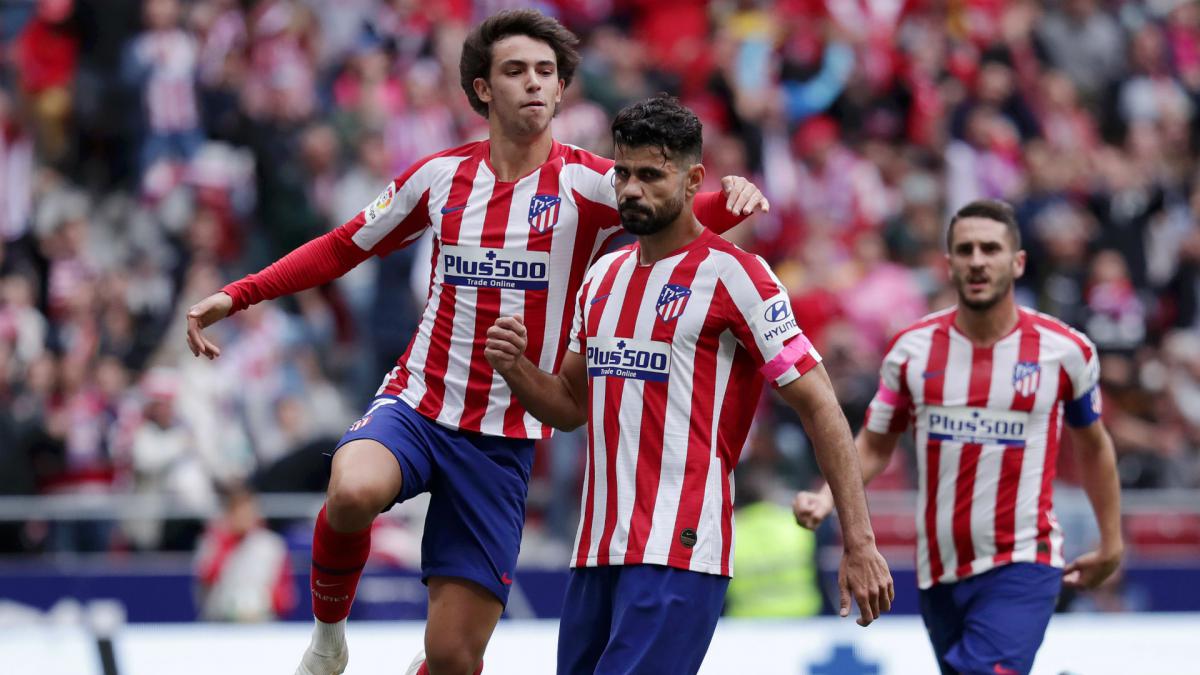 I’ve been already writing about Levante and to be honest, there is nothing more to be said. They are a side who is living for the derby with Valencia (they score for the draw in the last second last time), surprise bigger teams, and normally take as many points as needed at home, to avoid the danger at the end of the season. Maybe someone would say I am a bit harsh with those words, but the fact is that this team is here simply to “survive”. They aren’t aiming for European competitions, they simply don’t have enough finances to compete with much richer clubs in this league, therefore to stay amongst the elite is completely enough satisfying for them.

With a huge 0:5 win away at Osasuna and a narrow home win against Valladolid, Atletico Madrid jumped over Sociedad and Getafe and are now holding the 4th position which is still delivering the so wished Champions League next season. Simeone is still without Vrsaljko and Felipe, but even without them he can line-up the defensive line like Arias-Gimenez/Hermoso-Savić-Lodi, which just shows that they have a solid covered position at the back. Offensively, he has several options, and therefore it won’t be easy to prepare against them for Levante. With one point and one match less than 3rd Sevilla, they have a golden opportunity to jump on the 3rd spot which was somehow predicted for them at the beginning of the season.

Levante will play without any pressure, which is, to be honest, the biggest danger here, but at the same time, I think that Atleti are simply too well organized and it won’t be easy to catch them on a wrong foot. At the same time they as mentioned, they have a lot of firearms in front and even if they will struggle to go through the defensive block of Levante, I expect them to score at least a silly goal that will bring them all three points.