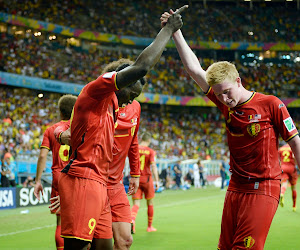 Short preview: Denmark surprised and are sitting on the second place in this group with Belgium, England and Iceland. First two favourites were obviously Belgium and England, but a month ago, they won away at Wembley with the result 0-1 and as they won both matches with Iceland, and drew with England at home, they are 3 points above “The Three Lions”. The only defeat they suffered in this group was at home against today’s opponent – Belgium. The match on 5th of September finished with 0-2. Belgium, currently the highest ranked national team in the world surprisingly lost on Wembley (2-1), but won all other matches in this group. Martinez, even though he will miss suspended Witsel and Meunier, and regardless the fact that Eden Hazard is not in the squad either, has plenty of options on all positions and won’t have too many problems while lining up the first 11. Some key players are in a very good form in their clubs, and they perform at the highest level for the national team as well. Denmark on the other side will most likely start without their first goalkeeper Schmeichel, who suffered a head injury against Iceland. All in all, the situation in the group shows that Belgiums need only a point to secure the first place and qualify for the UEFA Nations League finals, while on the other side Denmarks must grab all three points to jump over their opponents. Therefore, I think we will see Denmark trying to push for goals, and as long as the result will be equal, they will be seeking for a goal, playing more and more open, and that’s why I think this match won’t finish with the draw, as both individually and as a team, Belgium are simply too good, experienced and they will exploit their chances when Danes will let open spaces.